“Sensuous and provocative as well as mysterious…. Blume’s interpretation of master painter Sandro Botticelli is at once a florid love story and a chilling political drama.” – Read more from Publisher’s Weekly

In 1477, Italian Renaissance artist Sandro Botticelli never thought his life was going to be easy after being fired by his prestigious patron and friend Lorenzo de’ Medici. The artistic freedom he is granted by an annoying new patron half his age only increases the artist’s paralysis and depression. Sandro’s creative well runs dry until the day he sees Floriana, a Jewish weaver imprisoned in his sister’s convent. But obstacles threaten to keep his unlikely muse out of reach. So begins a tale of one of the art world’s most beloved paintings, The Primavera, as Sandro, a confirmed bachelor, and Floriana, a headstrong artist in her own right, enter into the most turbulent of relationships. 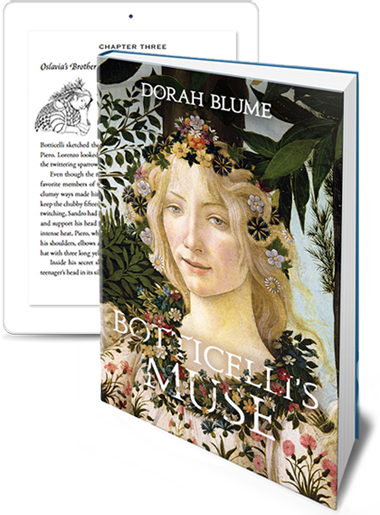 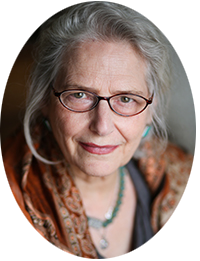 An Italophile since the age of nineteen when she studied painting at Academy of Fine Arts in Florence, Italy, Dorah Blume has published short fiction and nonfiction in newspapers, magazines, and literary journals and was nominated for a Pushcart Prize for “Hunger for Learning.”  Considering herself a late bloomer, she expanded her artistic reach from visual to the written word in her forties with an MFA in creative writing from Emerson, and has navigated between the two ever since.

As a certified Amherst Writers & Artists (AWA) facilitator, Dorah has led Juiceboxartists writing workshops for adults in Greater Boston as well as in Tuscany, and will soon offer online writing workshops. She divides her time between Boston and Los Angeles with frequent trips to Italy. If she could possess one superpower, it would be to understand and speak every language on the planet.

Each episode brings you the voices of the courageous people who have made the U.S. their home. In their own words, you’ll hear about the lives and people they left behind in their native countries, their journeys here, their struggles and successes. You” hear from parents of “dreamers,” “dreamers” themselves, undocumented to naturalized citizens, and everything in between.

Dorah Blume is now on Patreon!

By supporting creators you love on Patreon, you’re becoming an active participant in their creative process. As a member, you receive exclusive content, community access, behind-the-scenes updates, and the pride of fueling work that matters to you. Learn more.

While you’re waiting for the novel—

BOTTICELLI’S MUSE is sprinkled with black and white original drawings you won’t see anywhere else.  Download your 5 free color-in pages today. You’ll get background information on the characters, and you’ll be part of my private inner circle for news, updates, and more free images from this historical novel, available for order online or from your local  bookstore. 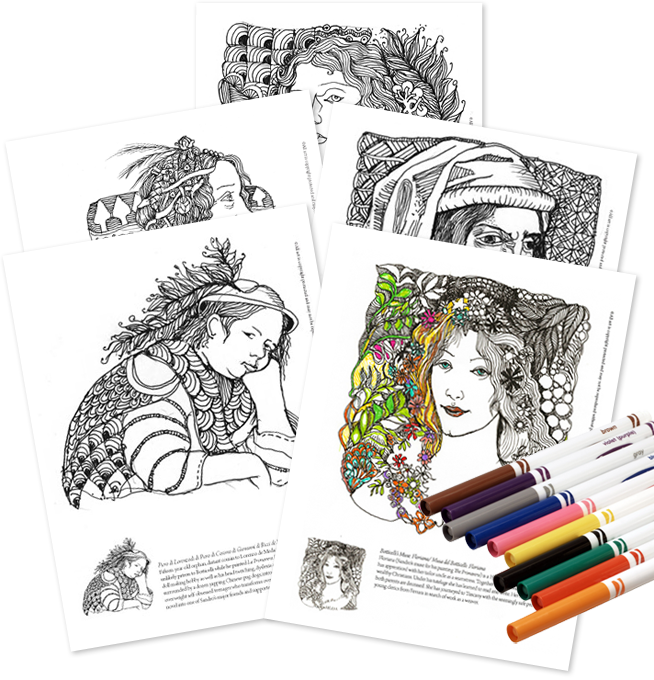 Buy your print or e-book here: